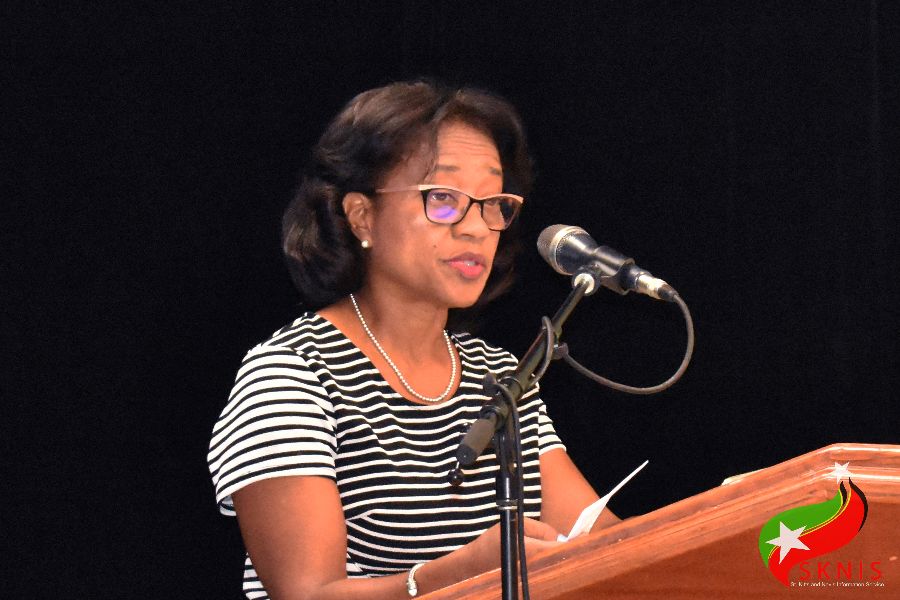 Basseterre, St. Kitts, October 01, 2020 (SKNIS): The borders of St. Kitts and Nevis will be opened on October 31, but will be done in a phased approach, says Chief Medical Officer (CMO), Dr. Hazel Laws, during the Prime Minister’s Monthly Press Conference on October 01.

Dr. Laws stated that St. Kitts and Nevis would have looked at other countries who have gone before it with respect to the management of the pandemic and have picked out the best practices.

In phase one, all inbound travellers to the Federation will fall into two categories, said the CMO.

“The first category would be those coming in from territories within the CARICOM Bubble,” she said. “Based on what would have been released by CARICOM recently, these islands include Anguilla, Antigua and Barbuda, Barbados, Dominica, Grenada, Monserrat, Saint Lucia and St. Vincent and the Grenadines.”

Dr. Laws said that the situation remains very fluid and dynamic, therefore, the Ministry of Health and the Health Emergency Operations Centre (HEOC) will have to monitor the COVID-19 Pandemic status within these territories on a daily and ongoing basis.

The Chief Medical Officer stated that in the second category, travellers from outside of the CARICOM Bubble would have some level of risk of exposure to the virus.

She noted that those coming in from the CARICOM Bubble who have been in the approved island for at least the previous 21 days and have provided a negative PCR, they will be subjected to screening at the RLB International Airport.

“Once you are asymptomatic, meaning without symptoms, you would be then allowed to integrate into the Federation without a period of confinement or quarantine,” said Dr. Laws. “You have all the options of accommodation open to you.”

For travellers coming from outside of the CARICOM Bubble, there will be a number of COVID-19 approved accommodation options open for them, said the Chief Medical Officer. These include the government designated facilities, the pre-approved or certified sites and the option of one of the local franchise hotels.

Dr. Laws said that inbound travellers will be confined to their accommodation site with access to an approved package of services in a bubble for the first seven days of their stay or less.

“We are told that persons coming in from our source markets, they remain here on an average of four to five days,” she said. “So once you come in you remain in the confinement of the hotel or the accommodation. You will be allowed to partake and access the preapproved package of services within that hotel setting.”

If a person’s stay is more than seven days, they will be subjected to serial testing.

“So on day seven you will be tested and if your RTPCR test comes back as negative and if your stay is longer than seven days you can also have access to a selective menu of excursions and tourist destinations,” said the CMO. “You can access that by going to the tour desk and making an appointment from a selective menu of excursions and tourist destination sites within the island.”

Dr. Laws said that if a person is coming in from a territory within the bubble, it is important that the person would have been in that country for at least 21 days.

“If you are coming into St. Kitts and Nevis from an island within the bubble, but you were in transit in another country outside of the bubble, you will be subjected to that 14 day period of confinement,” she said.

In terms of the experience an inbound passenger would have in relation to Customs and Immigration, Dr. Laws said that infrastructural work has started at the airport.

“The whole aim is to make the incoming process seamless,” she said. “Once you would have disembarked the aircraft, there will be an area where you can sit and wait and then you would be shunted into the newly designed Health Desk/Station at the airport. After leaving the Health Station, once you would have checked through and deemed asymptomatic, then you will be channelled to the immigration counters.”

“The immigration officers will be well protected with sneeze guards. They will be properly attired in appropriate PPE to interact with the incoming passenger,” said Dr. Laws. “After you would have left Immigration then you would go downstairs to Customs. Again, infrastructural changes are being done at the airport to protect the frontline workers. All the necessary changes are being made to make the process for the inbound air traveller to be as seamless as possible.” 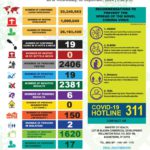 ST. KITTS AND NEVIS REGISTERS A RELATIVELY HEALTHY EMPLOYMENT SITUATION FOR THE FIRST HALF OF 2020 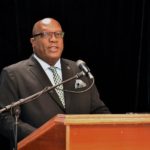