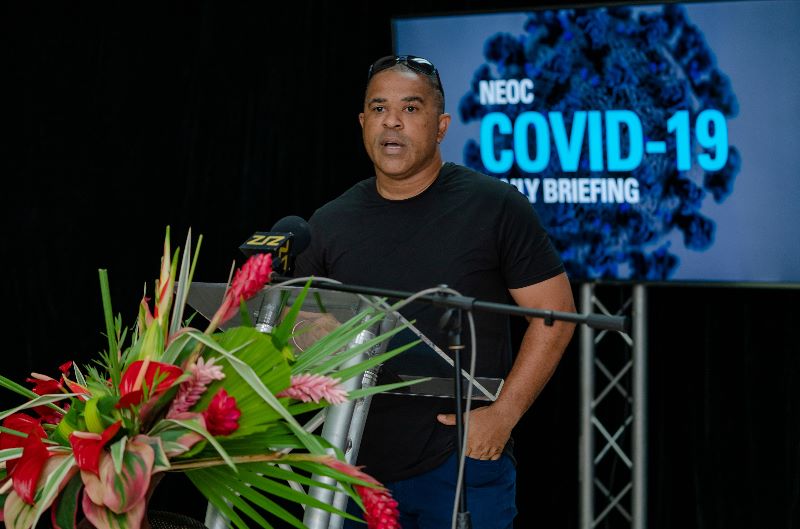 Mr. Laplace stated that the best sanitization practice would be hand-washing with soap and water. In lieu of soap and water, persons should use alcohol-based hand sanitizer.

“There are some sanitizers that contain anywhere between 60 and 70 percent alcohol. However, because there are other additives like scents, they would reduce the actual strength of the alcohol. So, in most instances you are not more or less cleaning your hands and sanitizing at the same time. If your hands are oily or you have any deposits on there you would just be cleaning your hands, but you are not really sanitizing. You would have to use a second dose to sanitize,” he said.

The director noted that when sanitizing homes, besides alcohol, bleach can be used. He added that the cleaning solutions should be diluted for safety.

“For instance, if you are sanitizing a countertop, instead of using the bleach directly from the container, even though it comes from the factory diluted, and I’m speaking about Clorox to be specific, it is still very strong for the hands. So, you can make your own household wipes for instance. If you have a gallon of water, you can use a third cup of bleach to sanitize safely. This will be less stress on your hands. If you are using a five-litre bottle of water, you can take it up to ½ cup of Clorox. You can use that continuously,” said Mr. Laplace.

He stated that this method is highly effective against COVID-19, adding that it helps to eliminate build-up.

Mr. Laplace cautioned that if persons are using Clorox to sanitize their homes, they should not use alcohol at the same time as there will be a build-up over time. This combination could release compounds that could be detrimental to a person’s health.

“For instance, when Clorox, which contains sodium hypochlorite, combines with alcohol it produces chloroform, hydrochloric acid and acetone. Everyone knows chloroform to be used as a sedative. If you have that built up in your household over time, you could have some of those gases. Even though in small concentrations, it can build-up over time,” he said.

The Bureau of Standards Director also warned against using ammonia and bleach together.

“If you combine those two, you can have the onset of a gas called chloramine, which affects the lungs and you could have fluid build-up, which is caused by chemical pneumonia,” he said.

Mr. Laplace said that hydrogen peroxide can also be used to sanitize as it is less invasive. However, persons should use one to three percent to be safe when sanitizing their homes or their hands.

“If you don’t want to continually spray it, you can prepare a bath in the faucet in the kitchen or bathroom and you can dip your hands in it for about 30 seconds to increase the contact time and you will be sanitized. 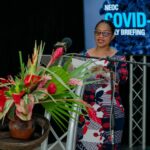 SECOND PATIENT RECOVERS FROM COVID-19 IN ST. KITTS AND NEVIS 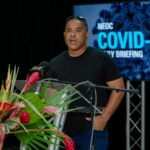