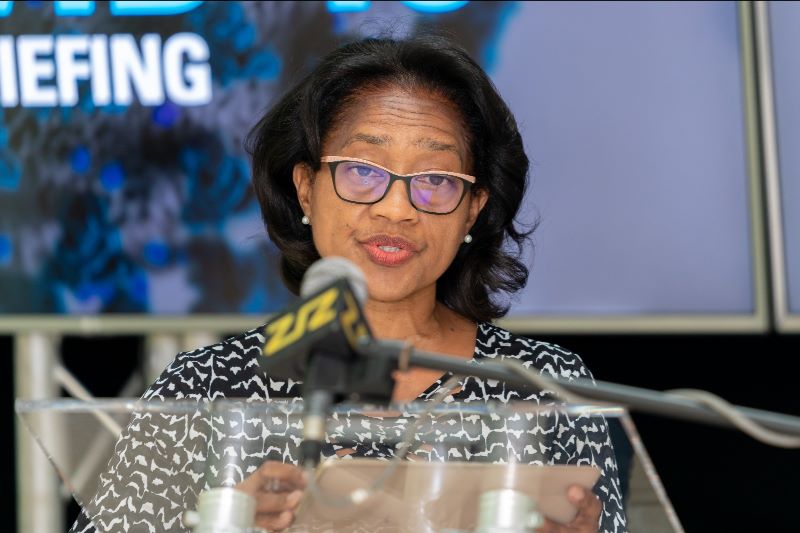 Basseterre, St. Kitts, April 20, 2020 (SKNIS): During the April 19 National Emergency Operations Center (NEOC) COVID-19 Daily Briefing, Chief Medical Officer, Dr. Hazel Laws, informed the public of the process of testing for COVID-19 and the process for making a diagnosis of the virus.

Dr. Laws said that suspected cases with respiratory tract symptoms, and significant contacts of persons who have been confirmed with COVID-19, but who may not have symptoms, can be tested for COVID-19.

“In other words, individuals who are suspected of having COVID-19, these are the persons who are being tested and the contacts of confirmed cases are also considered for testing,” she said.

The Chief Medical Officer said that there are two ways of testing including using the Gold Standard or the RTPCR Tests and the COVID-19 Rapid Antibody Tests.

She explained that the Gold Standard is the test that looks for the virus in the person’s airways.

“This is done by taking a swab from the nose and mouth or throat and then testing it using the RTPCR methodology,” she said. “Simply put, the test detects the virus as it multiplies in the nose or throat.”

The COVID-19 Rapid Antibody Test on the other hand identify the presence of antibodies in the blood, said Dr. Laws.

“These antibodies are really proteins produced by the immune system to fight off infections,” she said. “So the tests pick up these proteins or antibodies.”

Dr. Laws added that there are two types of antibodies being produced including the IGM and the IGG antibodies.

“The IGM antibody is developed or produced over one week after symptoms and indicate acute infection. The IGG antibodies appear weeks later and indicate immunity,” she said.

The Chief Medical Officer stated that the tests have a low sensitivity. However, they are still being developed although a number have already appeared on the market.

She said that the World Health Organization (WHO) issued a release that warned against using COVID-19 Rapid Antibody Test Kits at this time.

She indicated that the ministry had cautiously began to look at some of the test kits, but always with the confirmatory result of the Gold Standard RTPCR Test.

“However, going forward, the Ministry of Health will heed the warning of the World Health Organization.” 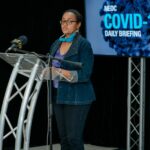 ST. KITTS AND NEVIS ENJOYS ONE OF THE HIGHEST RATES OF TESTING FOR THE COVID-19 VIRUS IN THE EASTERN CARIBBEAN AND CARICOM 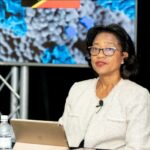